The activities of Chuppot are only possible thanks to our partners on the ground: qualified, dedicated, and learned men and women, inspiring rabbis and rabbaniot who possess a worldview that says religious services should be based on choice – and not coercion. Without them, the  Chuppot initiative would have remained an unrealized idea, and thanks to them – our couples receive a tailored personal response, and the State of Israel is making progress towards freedom in the field of weddings step by step, day after day, chuppah after chuppah.

This is a partial list of the rabbis and female halachic advisors in our circle of officiants. Reservation of the date of the wedding and the final match between the officiants and the couples is done after the submission of the signed affidavits, and with maximum consideration of the wishes and requests the couple expressed in their introductory meeting with the Chuppot staff.

Rabbi Nadav is the Rosh Beit Midrash (Dean) of the Hadar institute of Israel, and in addition, he teaches Talmud and Halacha at Beit Midrash Harel. His MA is in Talmud and Halacha from the Hebrew University of Jerusalem, and he is especially interested in the diversity of Halacha and in ways to honestly apply it in the modern world. He is a graduate of Yeshivat Har Etzion, Yeshivat Hakibutz Hadati in Maaleh Gilboa, and Yeshivat Hadar in NY. He was ordained by Rabbi Daniel Sperber, and Rabbi Herzl Hefter of Beit Midrash Harel in Jerusalem. Nadav is married to Alex and the father of two, he enjoys good coffee and baking in his free time.

Rabbi Avi holds a doctorate in Jewish Thought from the University of Haifa, and is currently a lecturer at Oranim College, as well as in other frameworks of Jewish studies for adults. He holds a bachelor’s and master’s degree from the Yeshiva University in the United States, where he also studied for rabbinical ordination. Rabbi Avi taught for nine years in the “Nativ” course in the IDF Education Corps. He is a lover of science fiction literature, and a partner in building the free Hebrew library on the Wikitext website.

R’ Avital is a Ramit at Midreshet Ein Hanatziv. She studied in the Halacha program of Midreshet Lindenbaum and was ordained as an Orthodox rabbi by the Maharat Yeshiva of New York. She holds a bachelor’s degree in theater and a master’s degree in Talmud. R’ Avital facilitates groups, and teaches Gemara and Halacha in various settings. She deals extensively with the concept of truth and the development of halacha through Chazal.

Rabbi Chuck is an expert in the field of conversion and in recent years he has stood out as a key officiant for Chuppot, providing a solution for couples that the Chief Rabbinate unjustifiably refuses to marry. Born in 1961, he grew up in Washington and was ordained as a rabbi in the United States. He immigrated to Israel in 1991 and currently lives in Beit Shemesh. Rabbi Chuck is one of the initiators of “Giur K’halacha” and one of the founders of “Ahavat Hagar” headed by Rabbi Chaim Amsalem.
He is married to Shira, father of 6 and grandfather of five grandchildren (for now).

Born in Britain, Rabbi Adam served as a rabbi in synagogues and schools in London. After immigrating to Israel, he began working for the Yehuda Hatzair youth movement, and currently serves as the movement’s spiritual supervisor in Israel. He teaches classes on Judaism and spirituality and will do everything in his power to enrich the couples’ experience on their wedding day.

R’ Avital is president of the Hadar in Israel. She grew up in Jerusalem and is a teacher and researcher. She recently completed her PhD in Talmud and Gender at Bar Ilan University. She is the co-author (together with the late Prof. Hanna Safrai) of the book “Women Outside, Women Inside – The Place of Women in the Midrash.” R’ Avital was ordained after studies and exams by Rabbi Daniel Landes, and is a graduate of the Israeli Rabbinate Program of the Shalom Hartman Institute and the Midrasha in Oranim.

Rabbi David is a retired educator. For many years he taught in a variety of settings, from elementary schools to adult programs, though his main work was with high school students where he focused on the transition from high school university and encouraged his students to take roles in community leadership. He immigrated to Israel from Stamford, USA, and currently lectures and writes from his home in Jerusalem.

As an educator Rabbi Simcha headed the Bnei Akiva yeshiva in Sde Yaakov. He is a graduate of the Israeli rabbinate smicha program. Married to Nili, father of six children and grandfather of 14 grandchildren.

Rabbi Yaakov is a graduate of the Merkaz Harav Yeshiva, as well as of universities in Jerusalem and Berlin. He previously served as rabbi of the Brandenburg district in Germany, and now teaches Jewish thought in various settings. Rabbi Yaakov engages in inter-religious dialogue in Israel and around the world.

After 20 years of senior management in the U.S. business sector, Rabbi Yehoshua immigrated to Israel in 1996 with his wife Debbie and three children. Since then he has devoted his time to advising and guiding associations and non-profit organizations to actualize their full potential. Rabbi Yehoshua loves to teach, write, and host Shabbat guests.

Rabbi Aharon is the founder and CEO of Hashgacha Pratit and the rabbi of Congregation V’ani Tefila. He was born in 1967, is married to Miriam and the father of five. He is formerly the Rosh Yeshiva of Yeshivat Sulam Yaakov and a member of the Jerusalem City Council. Rabbi Aharon studied at Yeshivat HaKibbutz HaDati and at Beit Morasha, and was ordained a rabbi in 1996 by Rabbi Riskin and Rabbi Brovender. Rabbi Aharon entered the world of social activism after he joined the “Tent Protests” in the summer of 2011, providing spiritual guidance to the Jerusalem protest movement.

R’ Lea is an Israeli born Religious-Zionist. She is a mother and a grandmother, educator, and social activist in the fields of social justice, human and civil rights, peace, and feminism. She is a popular lecturer in pre-military programs and academic institutions and was ordained by Rabbi Daniel Sperber, and Rabbi Herzl Hefter of Beit Midrash Harel in Jerusalem.

Rabbi Daniel is a biology professor, researcher and lecturer in the fields of cell biology and neurodegeneration. He is a graduate of Harvard and holds a PhD from Stanford University. He immigrated to Israel from the United States in 2008, and currently lives with his family north of Modi’in. He received rabbinic ordination by Rabbi Chaim Brovender and Rabbi David Fink. Rabbi Daniel speaks Hebrew, English and Russian fluently, and is particularly interested in Torah, Halacha, Jewish thought, and wine.

Rabbi Bitya grew up in France. She is a tour guide with a master’s degree in history. She studied at the Lindenbaum seminary, Beit Morasha, and the Pardes Institute, where she was ordained by Rabbi Daniel Landes. Rabbi Bitya is the founder and the head of the pluralistic beit midrash Ta Shma for French speakers, where she also teaches Talmud. She believes that halachah is committed to the people and to the world, and is able to hold differences, diversity and multidimensionality.

Rabbi Avraham is Doctor of Talmud from the Hebrew University and a lecturer at institutes of higher education. Born in 1961, he was a part of the Hesder Yeshiva and a fighter in the IDF, and was ordained as a rabbi in 1988. Rabbi Avraham believes in equality, freedom of opinion and expression without limitations, and opposes all forms of coercion. He is a Chazan, and a lover of Mizrahi-Sephardi-Jerusalem poetry and piyyut.

Rabbi Yehuda is a rabbi and educator who began his work in Jewish communities and educational institutions in the United States, until he immigrated to Israel. He is a veteran and experienced Chuppot officiant who likes to involve the couples’ family and friends in the wedding ceremony. 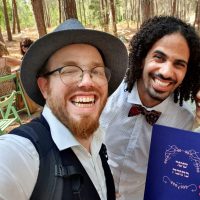 Rabbi Ben studied at a variety of yeshivas and kollels and was ordained as a rabbi by Rabbi Daniel Landes. In addition to weddings, he is involved in conversion, chazanut, and the teaching of Torah, and he has served as a rabbi in diverse communities in the United States, Europe, and Israel. Rabbi Ben leads wedding ceremonies in both the Sephardi or Ashkenazi tradition, depending on the couple’s preference. In addition, Ben serves as a clinical psychologist at Hadassah Hospital. 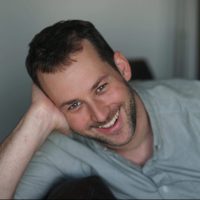 Rabbi Elhanan Miller is a teacher for Judaic Studies at the Pardes Institute in Jerusalem and the founder of the “People of the Book” project for teaching Judaism to an Arab and Muslim audience. He is a graduate of the Harel Beit Midrash and of yeshivat ‘Hakibbutz Hadati’ in Ein Tzurim. Elhanan also serves as a journalist and commentator on Israeli and Middle Eastern politics in the Arab and international media.

Rav Shmuel started his learning at Har Etzion Hesder Yeshiva and then continued to Beit Morasha in Jerusalem.
After recieving his Master, Rav Shmue l went on to teach and and lead in different educational institutions.
Today he heads a Beit Midrash for both Religious and Secular students in Natur which is in Ramat Hagolan

Find Yourself a Rabbi

If you know of any rabbis or rabbaniot who do not appear here but who identify with the goals of “Chuppot” and would like to be partners in our activities – we would love to hear about them!