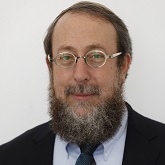 Rabbi Aaron Leibowitz is the founder of ‘Hashgacha Pratit’, an organization that broke the monopoly of the Israeli Chief Rabbinate on kosher Supervision, and now runs Chuppot. Rabbi Leibowitz leads the Vaani Teffilah community in the Nachlaot neighborhood of Jerusalem, where he lives with his wife Miriam and their five children. Raised in Berkeley California, he has lived in Israel since the age of sixteen. He is a former Jerusalem City Council Member who believes in an inclusive and pluralistic Jerusalem. Before turning to Activism after the 2011 housing protests, Rabbi Leibowitz began as a Jewish educator, serving as Program Director for Gesher and then as an Educational Officer in the IDF. He received his rabbinic ordination from Rabbi Shlomo Riskin and Rabbi Chaim Brovender.

Rabbi Davidson is an expert in the field of conversion, and over the last number of years has been a leading figure in officiating the weddings of those couples unjustifiably rejected by Israel’s Chief Rabbinate. Rabbi Davidson was born in 1961, grew up in Washington, D.C., and was ordained in the United States. He made Aliyah in 1991 and today lives in Beit Shemesh. He was among the rabbinic leaders who paved the way for Giyur KeHalakha, an Orthodox conversion court independent of the Chief Rabbinate, and was a founder of Ahavat HaGer under the leadership of Rabbi Haim Amsalem. Rabbi Davidson is married to Shirah, the father of six, and grandfather of five (in the meantime). 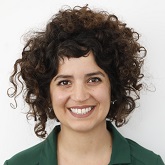 Rivka Arbiv graduated with a B.A. in Humanistic Studies and Middle Eastern & Islamic Studies from Shalem College. During her studies, she researched the status quo at holy sites in Jerusalem as well as Islamist feminism, and was certified as a mediator by the Gevim Group. Rivka is in love with Jerusalem and is fascinated by the connection that the city makes between Torah and social change.

Emuna Berman holds an M.A. in Non-Profit Management from the Hebrew University in Jerusalem. She served as the Israeli emissary to the Jewish community in Norway. Subsequently, Emuna oversaw emissaries to communities around the world and worked in the field of Jewish education. Last fall, she married her husband, Adam, in a ceremony conducted through Chuppot. Emuna loves the Jewish tradition and believes in a Judaism which is freely chosen out of love.